My name is Sue and I review. I review anything from books to deodorants, to cosmetics and so on. I share my experiences with the products and what I have read, and whilst some people may not find my posts professional this does not worry me. I am not reviewing as a professional critic, I am reviewing as a normal person, just like you! Some reviewers will pay lip service about the product they are reviewing, but that isn’t giving us, the consumer, the real deal. Some reviewers – especially those who review books – are far too critical, they are journalists, or writers and they believe that everything should be written in perfect language. That’s fine for some books, but others benefit from having a relaxed style of writing, drawing in readers from all walks of life – not just those who have a degree in English!

When it comes to blogging about my passions I like to keep my style relaxed. It is a hobby, is it not? I am having a discussion, of sorts, with you the reader. I have read blogs that are written “properly” and they definitely have their place. But I believe that a relaxed writing style also has it’s place, especially in our modern and fast paced society.
When I am blogging about my experinces with products, or on my thoughts on a book I have just read, I want to speak from the heart, not feel like I am writing a dissertation!
There is a time and a place for a formal style of writing and a time and a place for a more relaxed style. I believe I can express myself more freely if I write in the relaxed style. 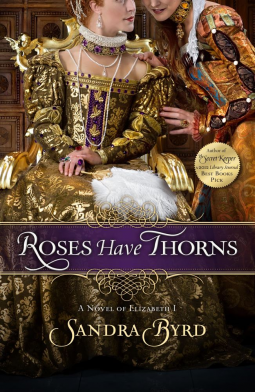 I have read very little of this genre so was not sure what to expect with this novel.  I an happy to say that this was a brilliant book.  I started reading it late Thursday (March 21st) and finished it on Saturday (March 23rd).  Every spare moment I had I gave to this book as I was so intrigued by what was going to happen next.
As I have already said, I have never been a huge fan of Tudor history, but this book has actually whetted my appetite and I am now looking for more material on this genre.

The book is about Lady Elin Snakenborg’s time she served as a lady in waiting to Elizabeth I.  The author does say in her write up that this lady was a little known figure from this time, though she was an actual member of court and not a fictional character.  In the book she is portrayed as naive and vulnerable at first, although she does seem to set her heart on marriage with one of the most influential and rich bachelors at court.  Even when she discovers he is still legally married she waits for him, so I am not sure just how naive Elin – later known as Helena – actually is.

That said, the book charts her life from her leaving Sweden right up until just after the death of Elizabeth I and I warmed to this character very much.  The book also lends warmth to Elizabeth I and that helped me enjoy the book all the more.  I am not entirely sure how likeable a character ELizabeth I actually was, not being familiar with Tudor history, but the author wove her into the story really well and for all she came across as a friendly lady the narrative was very credible.

I am rating this book as a five star read and thoroughly enjoyable.  I cannot recommend it highly enough.  You absolutely must go out and buy it, especially if this genre, particularly anything Tudor related, is your thing. 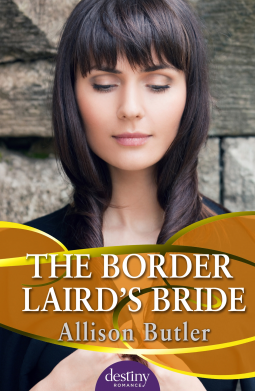 I am not overly fond of historical novels, the characters tend to get on my nerves, so it is has been a long time since I actually read anything from this genre.  I have to hold my hand up and say how wrong I was in this instance.  The main female character, Kenzie, was as far from the usual swooning, genteel ladies of this genre.  Her character could have been set in any era and that pleased me.

The main male character, Jamie, was not the typical “I am the male and therefore you will do as I say” character that this genre usually produces, but I wondered if I could warm to him, being a laird.  I half expected him to be full of his own self importance, given his position, yet he was not like that at all.  He was a kind man and I warmed to him almost immediately.

If all novels in this genre could be written in such a way then I would definitely read more of them.  Full marks to the author for writing such a pleasing piece.

I loved this book from start to finish.  The main character, Flora, was pretty likeable, although I did want to shake her a few times when she was swooning after Ruben.  There were plenty of comparisons to life now and life in the mid nineties, and I couldn’t help but marvel at how far we have come in terms of technology.  It would be pretty cool if we could all go back and right a wrong turning we took in life!!!

Beyond Shame by Kit Rocha.

Before reading this book I read through the reviews.  The book is dubbed naughty and explicit, and yes, OK, it is.  But if you have read Fifty Shades Of Grey then this book is not that much different.  Obviously the plot is different, the story is built around Noelle Cunningham, a young woman who has been kicked out of a futuristic city called Eden.  The story follows her progress from her walk of shame, to her chance meeting with Jasper McCray, her involvement with Lex – a character who made me think of Nancy from Oliver Twist, and Dallas O’Kane, gang leader of the O’Kane gang in Sector Four.

I have to say I was very disappointed with the end of the book, obviously there is to be a sequel so hopefully that is going to tie up the loose ends created towards the end of this book.
Overall it is a fairly decent read, given the amount of sex in it.  But, if you have already familiarised yourself with this genre then you aren’t going to be too shocked by the contents of this book.
I couldn’t decide on the main character – Noelle – at first; she seemed quite an oddity, but the further you get into the book she does start to make sense.

Sometimes books in this genre are ruined by such explicit content, but this book relies heavily on it and it does add weight to the storyline.  I think without it the plot would be a lot poorer.

Get your copy here

Once Upon A Gypsy Moon by Michael C Hurley.

I suspect the target audience for this novel/memoir is really men.  It is written by a man and feels like a conversation with a man, for want of a better expression.
The synopsis suggested a story of a man who had gone through a divorce and was struggling with who he was in the wake of the divorce.  That much is true.  The book is penned by Michael Hurley as his memoir of a time in his life when he was in crisis with himself.
Very well written, but lacked the emotional struggle I had expected to read of.  A lot of God references, and if like me you do not believe in God, then these references can become a bit tedious at times.  There was also a hell of a lot of technical talk in the book, maybe it should be expected given that the book is about a voyage at sea and invariably technical things tend to go wrong on boats and the like.

The book was not what I expected, although it is very well written.  If you are looking for something thought provoking then this is for you.  Despite my annoyance with the over-use of references to God, I did find myself pausing to reflect on my own life once or twice.

A couple of reviews I have seen about this book have said there was not enough conflict, I disagree.  The author is in conflict with himself, mostly, throughout the book and that really helps to drive the story forward. I thought the voyage itself came to a natural conclusion, albeit a disappointing conclusion for the author.  I had half expected the voyage to be abandoned once he met and married his second wife.

I enjoyed reading this book and will give it 3 stars ***